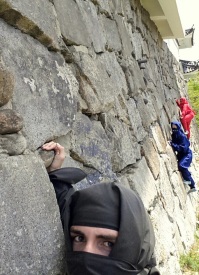 Ninja Part 1: climbing the side of a castle in Mie, Japan 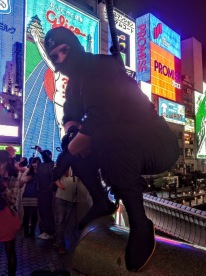 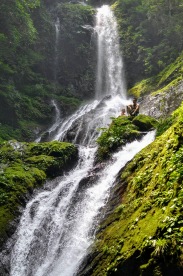 So I have lived in this little country called Japan for going on six years now. Apart from the occasional bumble, stumble, and accidental bout of nude flash-photography, I’ve gotten on pretty well in the land of the rising sundries.

That isn’t to say I haven’t had my fair share of entertaining/disastrous moments.

Making Hay while the Sun is Shining.

My Ride Down Kamikatsu!

Just a Random Smattering of My Day

Playing My Little Part in Something Big

On the Tip, Looking Down and Smirking

I Promise We’re Marching On